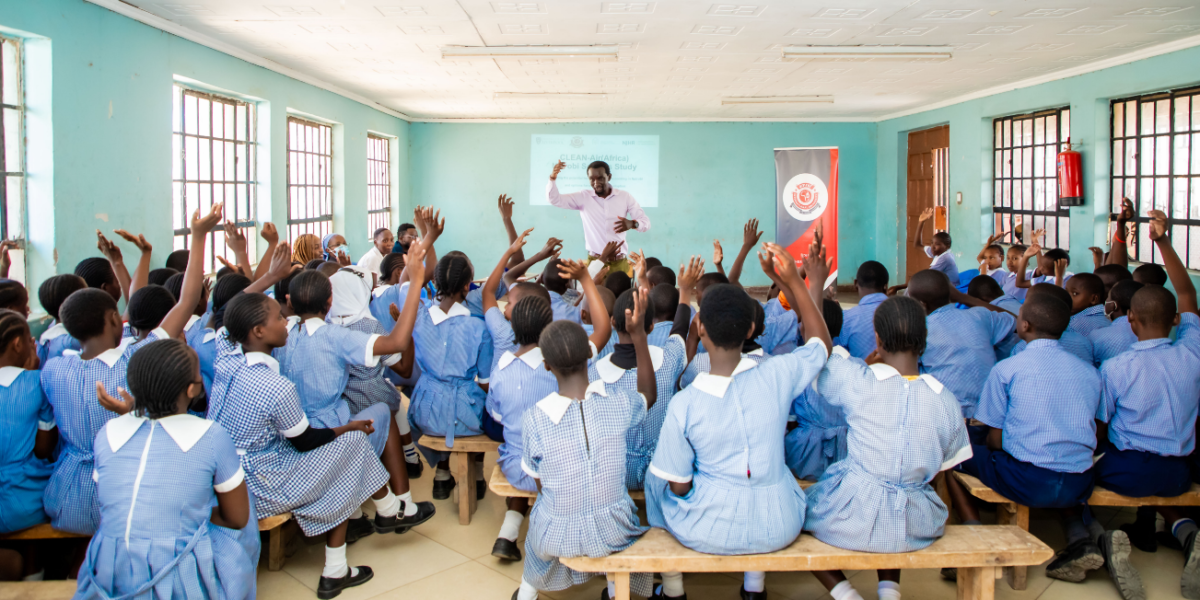 Working with three schools from Mukuru, Kenya’s second largest informal settlement, research by the NIHR CLEAN-Air(Africa) led by the University of Liverpool and Amref International University has identified levels of air pollution to be substantially higher than safe target levels for health.  The team monitored levels of particulate matter and carbon monoxide, known to be detrimental to respiratory and cardiovascular health, in school kitchens, classrooms and playgrounds as well as that breathed in by school cooks who have high levels of exposure from cooking with polluting fuels.

Whilst cooking with polluting solid fuels at participating schools is likely to be an important contributor to levels of particulate matter in schools, pollution from the community was also high contributing to high exposure to school staff and pupils during the school day.

The research included surveys with 110 pupils at each school on their respiratory health and to understand their knowledge of climate change, air pollution and health to explore the potential for developing an education package for schools on prevention of ill health from exposure to air pollution.  In the month prior to the survey 65% of pupils reporting having a cough with almost half (48%) reporting experiencing wheezing.  In addition, 1 in 10 pupils reported needed medical attention for respiratory illness in the last 6 months (bronchitis).

CLEAN-Air(Africa) will be undertaking further research at schools to understand how use of clean fuels for cooking can help improve air quality in Kenya’s schools.  The group will also work with the educational sector to explore how air pollution and health can be effectively included in the curricula for schools.